Understanding How NVG for Pilots Work in 5 Simple Steps 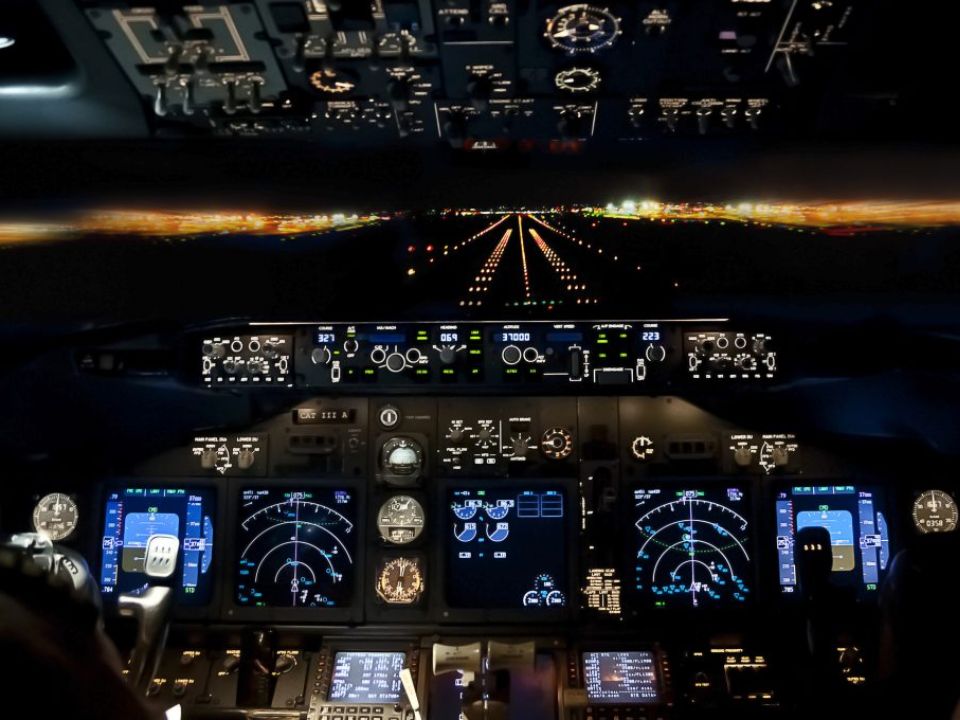 NVG for pilots is one of the most useful technologies in the aviation industry. If you went to the AME and said, “I’ve lost my color vision, I can’t perceive depth, and my eyesight has been reduced to two little circles in the center of my original field of view,” you probably wouldn’t get a class 1 medical. Using Night Vision Goggles (NVGs), pilots employ these precise circumstances to fly to and from often hazardous regions or crowded places.

It’s amazing how much pilots can instantly see and utilize it to their advantage when using NVG for pilots in a dark area.

The capacity to see throughout the hours of darkness is critical in many aspects of the aviation business. Much of what HEMS, SAR, and law enforcement/military do would be impossible without this extraordinary achievement of engineering: letting people see at night.

But how precisely does NVG for pilots work, and why is training required to utilize them properly?

THE NVG for Pilots Basics

To begin with, NVG for pilots doesn’t allow for seeing in complete darkness. They function as light amplifiers. They need a modest bit of light to transform into something useful by our extremely restricted naked sight.

They simply cannot perform their job if there’s no light to enhance. But don’t be discouraged; even a tiny bit of light might be the difference between no usage at all and providing several advantages.

How Do NVG For Pilots Work?

So, using an objective lens, we must first capture as much light as possible. The amount of light relies entirely on the conditions in which we travel.

A desert with a cover of clouds will be very difficult to photograph since there will be little light to work with. Before takeoff, the flight crew is always briefed on the amount of available light.

This encompasses starlight, cultural light, moonlight, season, time of day, and so forth. There are many models that can anticipate this and will show a particular number of Lux (or millilux) all through the night, which is the unit indicating the intensity of light in lumen per square meter.

2) Light (photons) enter the photocathode, where it is converted to electrons

This light then hits the photocathode component of the NVG for pilots. Its job is to transform light (photons) into electrons since we want to be able to enhance electricity, not light.

Photocathodes are “grown” by vaporizing particular elements in a vacuum, which results in the formation of certain crystals. This isn’t a simple operation, and it is one of the main reasons why NVG for pilots is not inexpensive to produce.

The consistency of the crystals produced on the vacuum side of the component is never precisely the same, resulting in a visual picture that is always somewhat different between ‘identical’ sets of NVG for pilots.

The photocathode’s sensitivity is calibrated for both the visible and infrared light spectrums, which is why infrared lights may be used to illuminate surroundings (tactical missions).

The photocathode generates electrons, which enter the photomultiplier. The microchannel plate, or MCP, is a more modern variety.

The MCP is essentially an extremely thin slice of material containing millions of tiny glass tunnels, each of which amplifies the number of electrons passing through it.

How do they accomplish this? The surface of these tunnels is covered with a substance that emits secondary electrons whenever an electron impacts it. As a result, each time an electron bounces off the walls, additional ones are added:

Consequently, for each photon that strikes the photocathode, a large stream of electrons is produced! The tubes are slightly slanted (approximately 5°) to ensure that electrons first bounce off the wall and do not flow straight through. The ratio is around 1:1000, which means that for every initial incoming electron, approximately 1000 will come out!

4) Electricity strikes a phosphor screen, which converts it to light

The phosphor screen then comes into action. It is made up of a very thin film of phosphor on the fiber optic’s interior. Its purpose is to transform electrons into visible light.

It does this by attracting and accelerating electrons owing to its positive charge. When electrons hit phosphor, it emits light. When all of these additional electrons strike the phosphor screen, the original – but amplified – the image will appear!

5) We see the improved image via a fiber optic inverter

The pilots would look through the lens and fiber optic converter (FOI), which reveals the phosphor screen, and voilà: seeing in the dark! The FOI is found in all third-generation (and later) NVGs and serves to invert the picture.

The picture is reflected twice, just as in other optics; therefore, it must be inverted a second time to view the surroundings upright. The FOI is made up of millions of heated tiny light-transmitting fibers that invert the picture without the need for an extra lens assembly.

The advent of NVG for pilots has raised a number of aeromedical problems that pilots must address in order to utilize them safely. It is critical to note that NVG for pilots allows for direct observation of an item.

You’re gazing at a screen that has ‘recorded’ the surroundings using the various techniques described before. This implies that, although they are dependable and accurate, they should be considered like any other instrument, with limits and the necessity for cross-checking with other crew members to gain a true picture of what is going on outside the aircraft.

Let’s take a look at the primary issues associated with NVG operations from a human factors standpoint.

One of the most challenging limitations to surpass is correctly understanding the picture shown by the phosphor screen. Flying with NVGs results in no color vision, limited depth perception, a poor field of view, and lower clarity when compared to our regular eyesight during day VFR operations. It is critical to safely use NVGs to be aware of these limitations and treat them as such.

During hovering or vertical takeoffs, many of the visual signals are processed through the pilot’s peripheral vision, which is very hard to utilize conventionally while using NVGs. This may result in disorientation. A typical field of vision for a pair of goggles is roughly 40°.

This is a big decrease from the typical (nearly) 180°. The basic technique to overcome this constraint is to scan the surroundings using head motions. However, this must be regulated since increased head motions in a dark environment with a decreased FOV might cause disorientation and (neck) weariness.

If your goggles are put up incorrectly (too far away in this scenario), the FOV might be drastically reduced, exacerbating the situation. The ideal gap between various sets is about 25 mm (eye relief).

• Acuity and Resolution of Vision

However, even within this FOV, the resolution and visual acuity inside this circle are still lower than with the naked eye. A person with 20/20 visual acuity may view an item at a 20′ distance with 1 minute of arc on their retina.

If you have 20/40 vision, you must go twice as near (10′) or twice as large (2 minutes of arc) to see the same item well. Obviously, any of these visual tests are carried out in well-lit, contrast-rich surroundings (black on white).

The higher the contrast, the simpler it is to see. Because of its working principle (phosphor), the NVG display has reduced contrast and monotone colors, whether green or grey tones. Objects, as well as slopes, features, and other potentially crucial clues in the surroundings, will be more difficult to differentiate.

This can be changed, but improperly fitted tubes may cause eye strain and tiredness, as well as cause near-sightedness in the pilot. The pilot’s correction for the misaligned picture is to pull the goggles closer.

Even a few millimeters of inaccuracy may diminish visual acuity and produce issues such as poorer visible resolution per tube.

The eyepiece adjustment is another important item to consider. While the NVG for pilots may compensate for less-than-perfect vision, they cannot correct astigmatism.

A tube’s usual focus range is around 10 inches to optical infinity (roughly 20 feet or more). Because the system collimates to infinity, NVG for pilots portrays items that are very far away clearly, which is why anything that is extremely far away seems in focus even if you are staring at a TV screen.

This is performed via the previously mentioned FOI. However, if you do not set this appropriately, the focus may be too near to the pilot, rendering anything farther away somewhat out of focus.

Our eyes and brain are wired such that two of our visual systems (eyes) combine to form a single picture. One eye is normally dominant and hence delivers the majority of the information; the brain will analyze both signals to get a single clear picture.

A similar effect is obtained when wearing goggles, which should be adjusted until the system forms a fused circle rather than two slightly overlapping circles. Again, incorrect alignment may cause eye strain, double vision, weariness, and disorientation.

The depth sense we are accustomed to with the naked eye is lessened when we gaze through a lens to view a screen. Pilots may still depend on distance estimates utilizing monocular signals (acquired through experience) such as a little tree and a large tree, where the large tree appears only larger because it is closer.

This is not always the case, thus, relying on this form of depth perception comes with its own set of concerns. Distance measurement becomes more difficult for humans in this manner, and things seem to be farther away than they really are.

The circadian disturbance is almost always a certainty while flying with NVGs. Long hours or missions paired with functioning outside your typical rhythm may result in a variety of dangers, the most prominent of which are complacency, computational mistakes, communication issues, illogical decision-making, and irritation. Fortunately, there are several techniques to reduce them, including FTL systems, time off, NASA naps on base, and training for correctly managing workload in flight.

Visible wetness and strong light sources do not mix well while flying with NVGs. Yes, under some conditions, you may be able to detect light sources through visible wetness better than with the naked eye, but NVGs have a limited capacity. Moisture causes halos surrounding light sources, which might indicate that you’re flying in bad weather.